It is decidedly strange and wonderful to slip into your best friend’s life and family like you’d always been there and had just stepped away for a minute. To already know, from a multitude of phone conversations, the flow of life in that household—and then to inhabit it and have it come alive all around you.

In the big picture, my time in Alabama was like slipping on a pair of comfortable shoes. It was a homecoming. At times, however, it also bore a strong resemblance to the story of Goldilocks and the Three Bears (except that my hair is brown).

The first night I slept in Amy’s bed because she was out of town. Her mattress is topped with a thick memory foam pad, which for me was way too soft.

The next few nights I slept in D’s bed (she got to sleep on the floor of her brother’s room, which thrilled her). Although comfortable, her mattress had been cursed with some dark magic that caused the comforter and blankets to continually slide off onto the floor. I was awakened frequently throughout the night, confused about having only a thin sheet to protect me from the subfreezing air-conditioned temperatures.

A slight alteration to D’s bed a week into my trip created my ideal sleeping situation. D’s brother had been yearning for a thick memory foam pad on his bed just like his mom’s—and fortunately that’s precisely what he received for his birthday. The thin foam pad that had been on his mattress was moved to D’s bed and it miraculously solved the problem of the disappearing bedding while also adding a layer of softness. Finally I had found a bed that was just right. 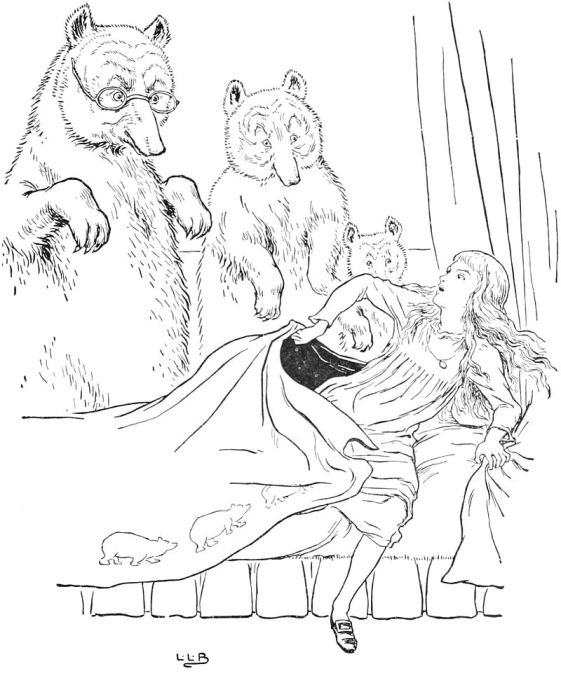 Then there were the bath towels. Amy doesn’t splurge on much for herself but she had recently splurged on some amazingly thick bath towels (they seem like distant cousins of her memory foam mattress topper—no joke). As you might guess, they were a little too high-brow for me; they almost stand up by themselves and meet you at the shower door when you get out. The ones in the linen closet, though, that were probably over a decade old, were too threadbare (and we ended up donating many of those). My “just right” towels were the practical fancy ones that had a thick soft pile and were cozy and absorbent without drawing much attention to themselves (and are much nicer than any towels I own).

Other situations fell outside the fairy tale mold but nonetheless illuminated my preferences.

The broom in Amy’s kitchen is the best I’ve ever used. It’s red and has a wide head, something like this:

I’ve typically bought crappy dollar-store brooms that have narrow heads comprised of inconsistent and course fibers that somehow move the dirt anywhere but into the dustpan. Amy’s big red broom, however, made sweeping fun and easy (and induced the realization that I have become someone who is grateful for the efficient and enjoyable functioning of a BROOM. Dear Gawd, who am I?!).

In yet another WHO AM I?! moment, I spent much time admiring Amy’s choice of sponge: Scrub Daddy** (something I’ve seen for years on store shelves and never purchased). I found this happy sponge to be effective and appealing to the touch. In cold water it remains hard and in hot water it softens. Washing silverware by hand is a breeze: just stick it through the smile and voila! Also, it doesn’t get smelly like most sponges and that’s a huge plus.

Then there was the much bigger issue of falling in love with Amy’s Honda Odyssey. Minivans are amazing and I would almost consider having kids simply to justify buying one. I most loved the countless drink holders: the van had no issue accommodating my bottle of kombucha, a water bottle, AND a cup of coffee—all at the same time!

Also, everything I needed was at the touch of a button: I could open and close the sliding doors or open and close Amy’s garage doors. It was like (my childish idea of) being a fighter pilot! The smooth ride and powerful engine only added to the fantasy.

Everything about the Odyssey is in stark contrast to my beloved 20-year-old Honda CR-V. Driving Amy’s van on and off for almost three weeks made returning home to my car…difficult. Before I knew the magic of a modern vehicle, I thought my ride was perfectly fine. I mean, the windows are automated—that’s pretty fancy.

Yeah, no. As I am now altogether too aware…nothing about my car is fancy. It is basically a Fred Flintstone-mobile. The tires might as well be made of stone and it might as well be powered by human legs.

I endanger my own life every time I merge onto the highway because I have to figure out which fast-moving SUV would be best to cut off. The road rage I inspire in other drivers with my I-think-I-can slow car will likely be the death of me.

Fortunately (and unfortunately) this Brownilocks is adaptable and can downlevel disturbingly quickly. After a few weeks back at home, I’ve mostly blocked from memory the smooth, powerful ride of Amy’s minivan. I once again feel pretty fancy being able to roll down the back windows with the touch of a button. And I’m still making strong choices about which cars to cut off.

I still dream of all those cup holders, though…

**I am not being paid to endorse these products and I’m not even sure what brand Amy’s broom is.**

I’ve been in Birmingham, Alabama, now for almost two weeks and I’m scheduled to be here for one more. I’ve officially embedded myself into my friend Amy’s family. (For the backstory on the history of our friendship, please refer to a previous post called The Move-In Day Miracle here.

Amy is renovating her kitchen and flooring so I’m here to be project manager, warm body in the house while workers are here, personal organizer, purging cheerleader, errand runner, design consultant, and backup responsible adult (in case of emergency only). And by purging cheerleader, I don’t mean I wear a short skirt, bounce around, shake my pom-poms and have an eating disorder. I mean that I’m cheering Amy on as she makes a zillion choices every day to get rid of stuff.

She’s the master of letting things go—she just needs me to harass her late into the night (I don’t have her attention until about 9:00 p.m.) with questions like:

“Hey, how attached are you to this?”

“Where did this come from?”

“What does this do?”

And all followed by some variation of:

I ransack closets and pantries and drawers and make a horrible mess constantly—all in the name of eventually making it all pretty and (hopefully) easier to maintain.

As a single mom with a tremendously adult job who commutes through fiery rings of traffic hell, Amy has come to appreciate the importance of not wasting her time attending to her stuff. Her time with the kids is limited enough after 10-hour days, so her first priority is to maximize every moment she can with them. Too much stuff equals scattered attention, frustration, and overwhelm.

Amy is a warrior of minimalism fighting to rid her house of evil clutter. And damn is she brutal! With me to do the grunt work, she’s able to make the tough choices and then move on—I take it from there by counting, packing, and hauling the items to the garage.

The lunch bags have now been reduced to this:

Lunch bags are in the purple tote. Plastic storage containers were also out of control!

Undoubtedly the stickiest items are the ones inherited from beloved (and now deceased) grandparents. Amy’s hesitancy to let something go is typically code for “that came from my grandparents’ house” or “that was my grandmother’s/grandfather’s.” In this case, I remind Amy that she has dozens of gorgeous items from her grandparents on display all over the house. And if they’re on display, they’re obviously meaningful. Now that I know where to look, her grandfather (who was an amazing human being) is all over the house—represented in items like this gorgeous creation he carved by hand: 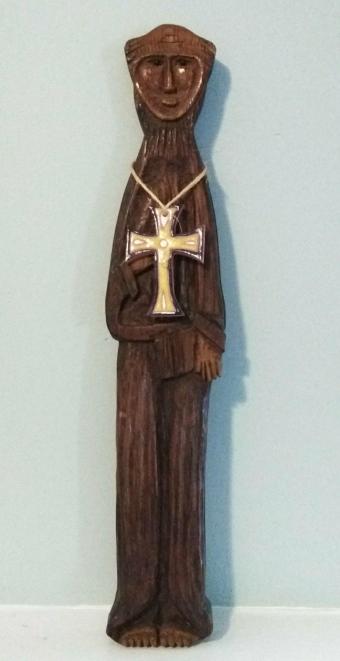 Anything he created has his energy and love in it through and through. That’s the stuff of magic to keep and cherish. The stuff he just happened to own? In most cases it’s clutter (if not useful or brings great joy).

The purged items count is currently at 600. It’ll be fun to see how high we can get it before I leave.

For this weekend, however, we take a break from the house projects and head to the beach.